Preparation begins before the shoes are laced and a ball pegged on the first tee. Our unique flyover tour allows you a sneak peek at the beauty and challenge of Mike Strantz’s landmark design in the Sandhills of North Carolina. Generated from the Tobacco Road yardage guide, the tour provides an aerial view of each hole while revealing strategic lines of play.

For a listing of our current and future rates please visit our online booking portal found here. Displayed rates are reflected in real time pricing and include 18 holes with golf car or push cart, and access to our practice facilities.

Reservations can be made through our online portal by creating a Chronogolf user profile and then selecting the preferred date, time, and number of players.

Please call the golf shop to confirm current rate schedule or to reserve a tee time. The golf shop can be reached by calling our toll-free number 1-877-284-3762.

Tobacco Road Golf Club was built on land tended by the weather-worn hands of tobacco farmers, later shaped and moved through mining and sand excavation before finally being crafted and molded by an artist’s imagination and the revolutionary eye of the late Mike Strantz. When Tobacco Road was little more than a walking path through an expended sand quarry, Strantz said he “knew immediately it could be something not only spectacular, but also unique.”

Established in 1998, Tobacco Road is younger than many of the courses it has surpassed in its accumulation of accolades. Architect Mike Strantz was a student of the Golden Age Architects whose turn of the century designs set the standards while contributing to the development of the principles of golf course architecture and design. The seamless incorporation of Golden Age “conventional features,” like the elegant arc of a fairway set against the contrast of a sandy waste area, with the bolder design features most often seen on the British Isles, are where Strantz showcased his true artistic talent.

Strantz found his canvas, not on the sea side cliffs of the British Isles but rather in the remnants of a sand quarry in the Sandhills of North Carolina. He allowed the rolling terrain to evolve into one of golf’s most uncompromising designs. Beyond the panoramic views and stunning vistas lies a course that tests all of a player’s faculties. Five sets of tees allow a player to undertake the course at a level worthy of their skill; however, one should always keep in mind – it was Strantz’s goal to test “a player’s eye, determination, and wits.”

Listen to this rare 60-minute interview with Mike Strantz! 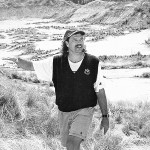 Humble. Grounded. Visionary. Renegade. Artist. Pieces of a man often described as larger than life. Mike Strantz, a native of Toledo, Ohio built a career centered on his two passions, art and golf. Strantz graduated with a degree in Turfgrass Management from Michigan State University before joining Tom Fazio’s course construction crew in 1978. Weary from the road, Strantz walked away as an on-site designer and shaper on Fazio’s construction crew and left the world of golf course architecture to refocus on his art. His brief departure led him to Charleston, South Carolina where his family would settle; however, the golf world sorely needed his rejuvenating designs. When he was approached for his first solo design at Caledonia Golf & Fish Club, Strantz found his niche.

Strantz cultivated what he referred to as “functional artwork” by studying the writings and work of Dr. Alistair MacKenzie, one of the most celebrated golf course architects in history. Strantz modeled his design process in the ways of MacKenzie and other Golden Age architects whose work pioneered the field of golf course architecture while unapologetically incorporating his own artistic flair and spirit of adventure into the design. When he was awarded “Architect of the Year” in 1998 by Golf World Magazine, Mike Strantz was building what he called, “simply the best project I’ve worked on,” at Tobacco Road.

At Tobacco Road Golf Club, his fifth solo design, Strantz began his process as he had the projects before; he rode on horseback, walked the site, and studied the topography all to learn and discover the site’s best features all before putting pencil to paper. At Tobacco Road, Strantz built a golf course that is as beautiful looking backward as it is along the line of charm. Meticulous detailing, shaping, and the preservation of sound golf course design principles allow all players an opportunity to experience the spirit of the game and adventure in nature’s most beautiful theatre. Beyond the mystique and complexity of the design lies a routing that reveals itself from the study of the holes, their angles of play, and the adventure of multiple rounds.

The original tee locations marked only by memory of the select few who knew the way. Staff members, and regulars to The Road, were among the first groups to define the routing for our newest installation, El Camino. The once hidden loop, El Camino, created for the experience is a short course compilation of innovative angles, the character of variety, and the call for execution was developed throughout our history. El Camino, now open for all players is a dynamic routing that embodies the spirit of Strantz, and is a true test of the one-shotter. 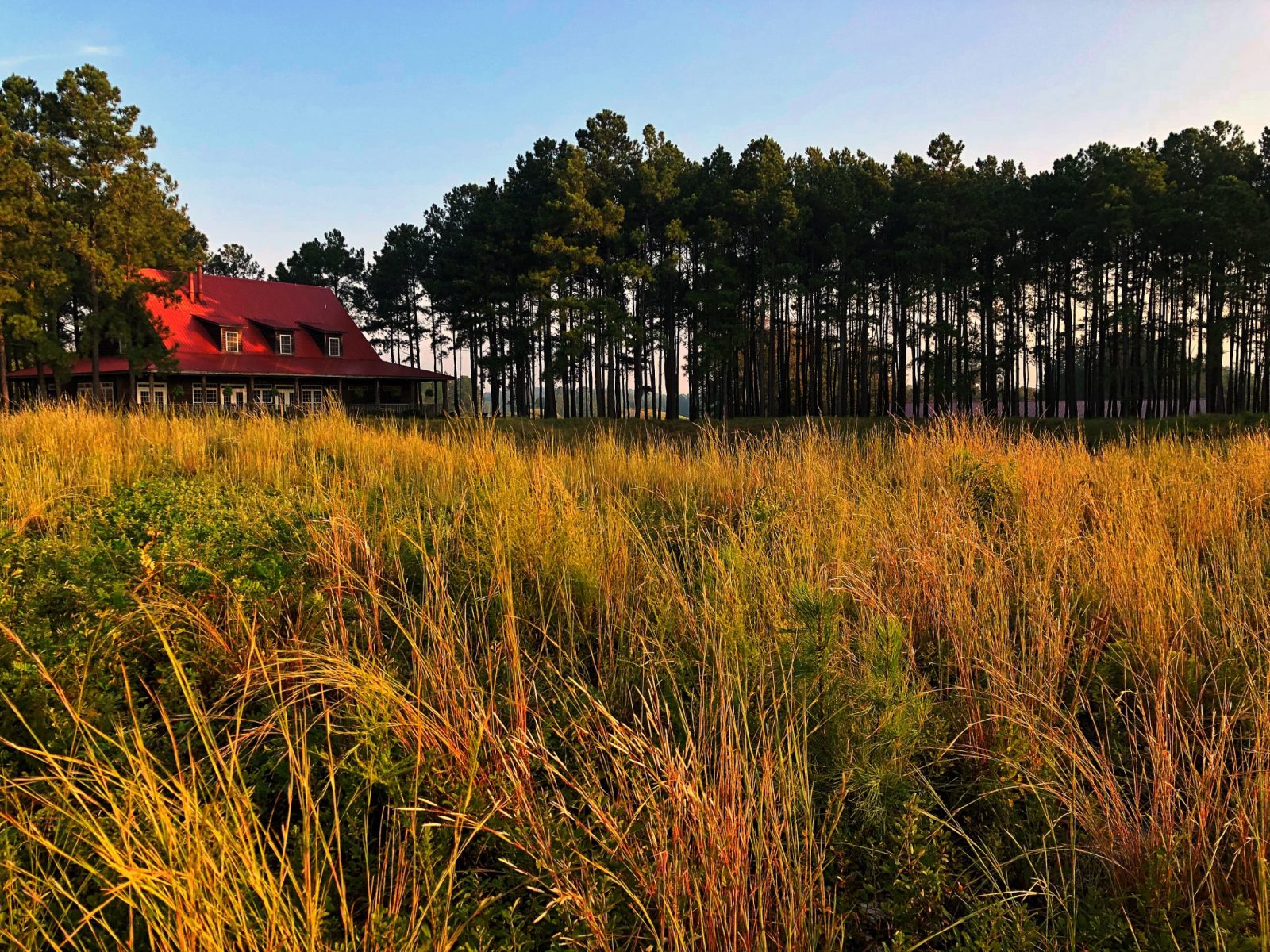 Entering through wooden farmhouse gates, patrons wind to the heart of the property to find an idyllic clubhouse nestled among the towering Carolina pines. Rustic and quaint, the clubhouse provides a warm welcome suitably matched with the Southern hospitality of the staff. An open floorplan encourages visitors to stroll from the golf shop to the snack bar or perhaps settle on the sofas surrounding the open fireplace vented by an antique double-flue tobacco curer. For the golfer eager to catch the first glimpses of the golf course, two stone porches offer views of the 1st and 10th tee boxes, and the rocking chairs on the back porch are a prime location to witness the action finishing on the 18th green.